RWE did already clearcut most of the part they wanted to cut this year. Also the area of the old occupation is cutted already. But now RWE have to stop cutting because of suit from the BUND – the german freinds of the earth. The suit is against the land, because they gave RWE the permision to cut, what is against the law of species conservation. RWE have to stop cutting until the court decided about the suit.

During all that, they want to evict the new occupation because of the building law, wich says that it’s ferbidden to built huts in the outer area of a village… it’s german bureaucracy… 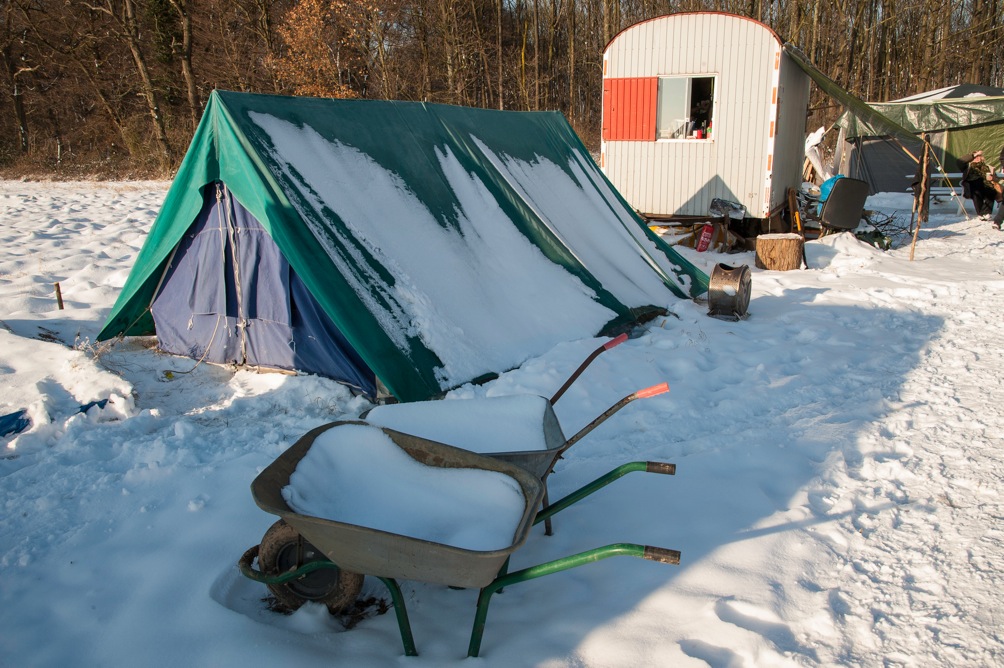 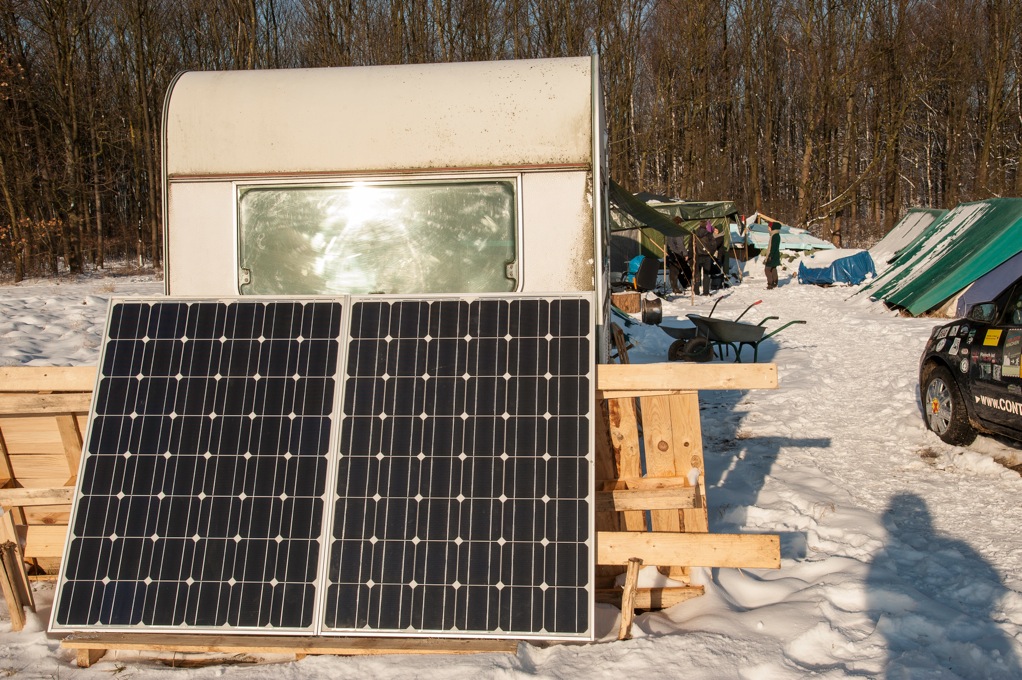 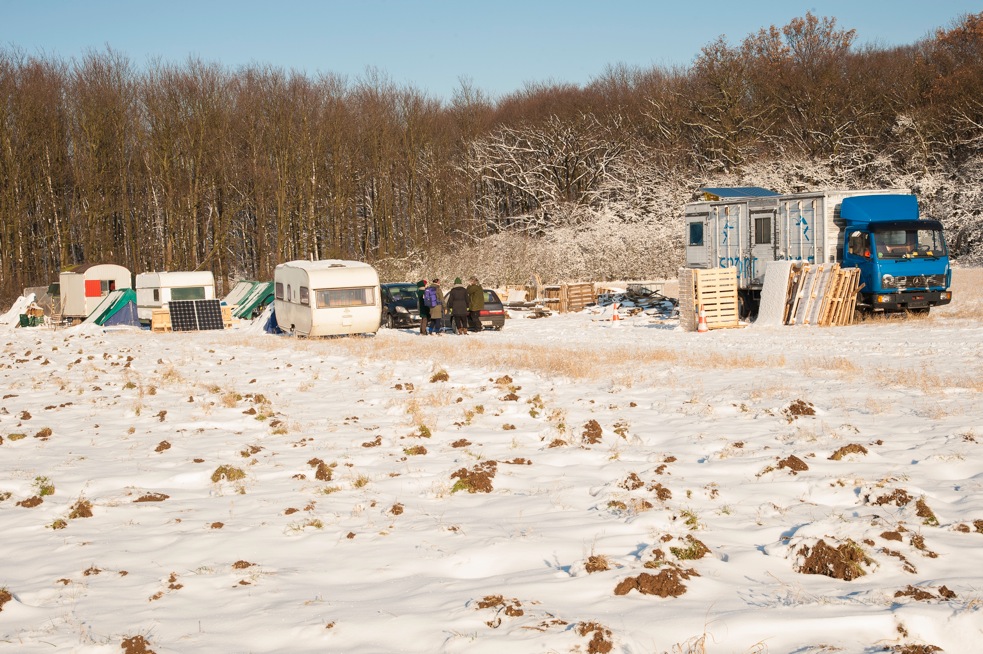 Continue Reading Pictures from the new occupation in the winter

Yesterday activists from the evicted forest occupation gathered for the 4th time in front of the police station to reclaim their stuff which was left in the forest during the eviction.

They destroyed all of this because in their view it was “rubbish”. While the police is saying that they have to save the private property of RWE (the energy company that owns the forest), they give a damn about other property like ours. We need this stuff for the cold winter time and sure they knew this. This is another example for the obiediance of the police to RWE. They ensure the profits of a greedy few against the needs of most of the people which is land, warm clothes, sleeping-bags in winter and a planet to live on. RWE is destroying all of this.

But we are lucky to have so much support from the locals who are affected from the open cast mines. They aready donated a lot of warm clothes, blankets, tents, building material and also helped to build huts that we can remain in winter on our new occupation.
Another great achievement ist that also local people are changing their minds about the police and buisness owned media which were telling lies during the eviction.

There will be cofee and cake, like every sunday at 2:00 pm. And “Klaus der Geiger” a well known artist in this region will give a concert.
Since we are at the new occupation, there are a lot of people from nearby visiting us.
For the next sunday also the lokal resitors group “Buirer für Buir” is inviting to come to the new occupation.