Today less than 100 cops, secus and several pieces of heavy equipment destroyed all the barricades protecting now more than four tree-sit occupations defending the Hambacher Forest. As a response join the Hambi defenders for tea and food on Sunday as a show of support to those rebuilding the barricades. At 2pm a non-competive bike tea,coffee and yerba mate relay race will take place through the forest taking advantage of the resurfaced roads and making sure that a passage is left for pedestrian, bike and wheelchair access and that the barricades block vehicles only as was the case for the first 2 years of the occupation.

If you can not make it please repost this call 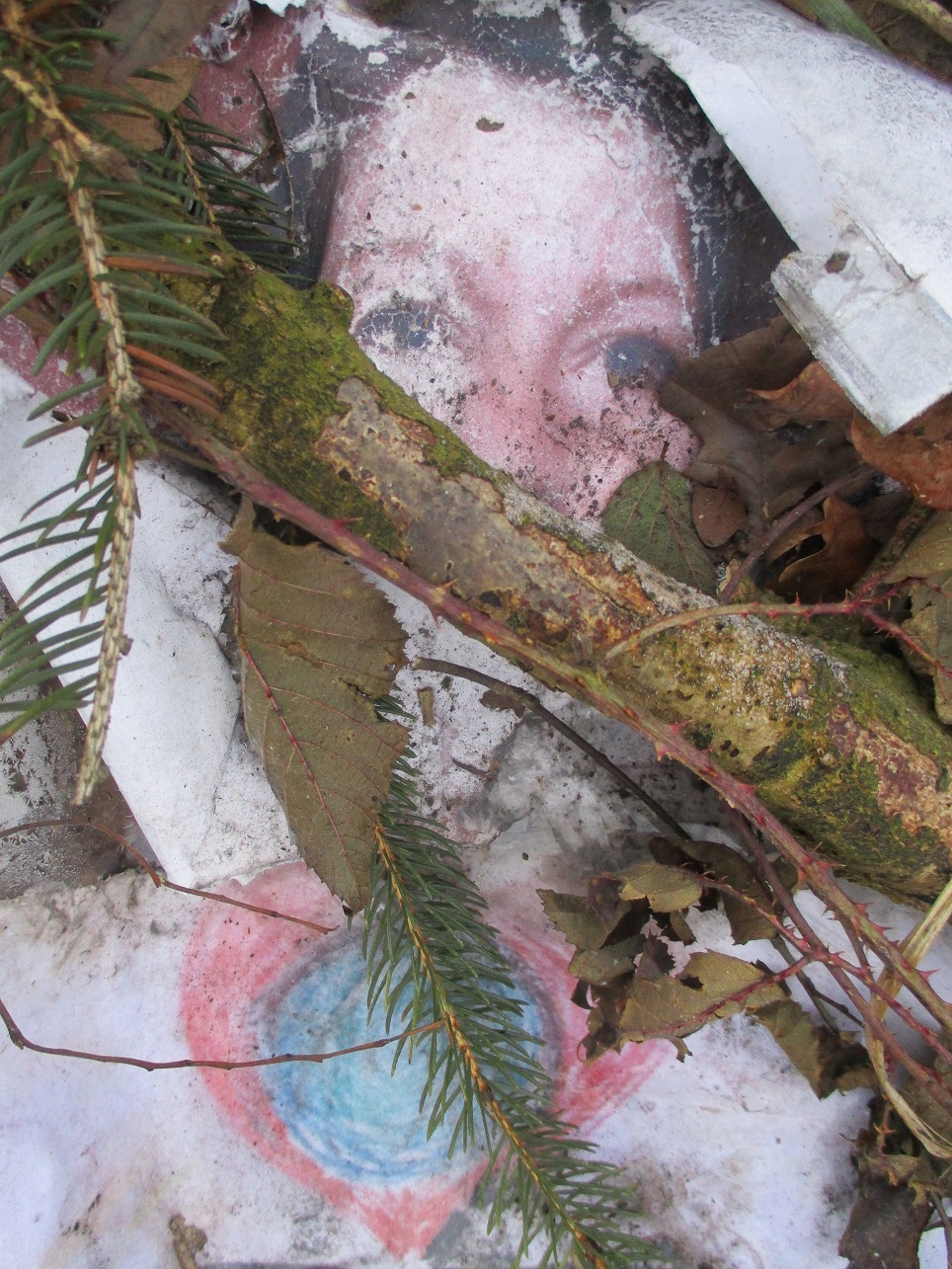 The art placed on the trees at the cutting line last year by students from the area can now be found on the ground in a place where an impromptu art gallery and an ecosystem has been turned into a wasteland by this cutting season. 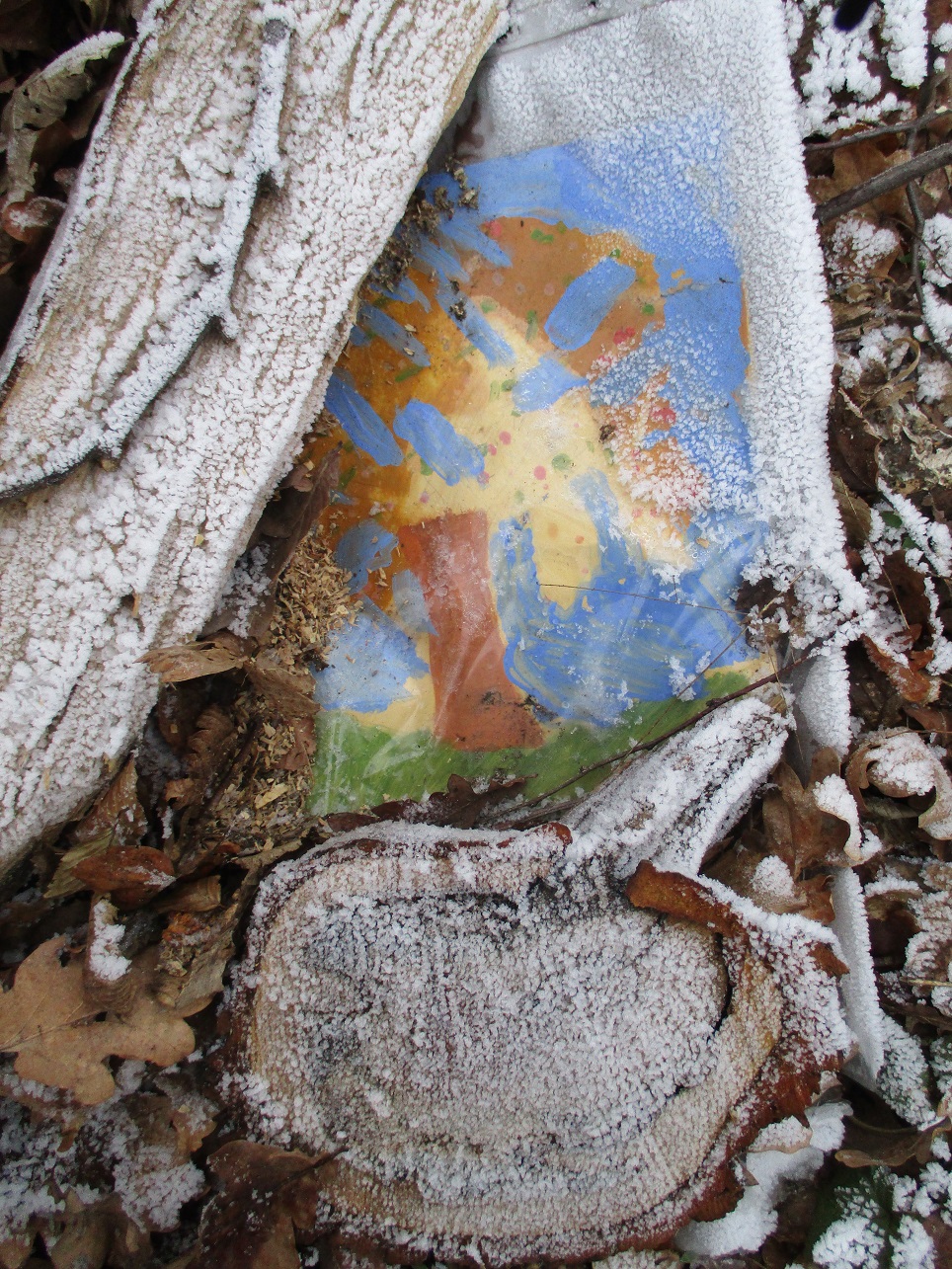 Yet even now laying on the ground it serves as a marker in a terrain which feels disorienting as if one found themselves in ruins of bombed out ecological Hiroshima or Nagasaki not being even able to recodnize their own neighborhood until finding a small and yet so significant and symbolic detail that managed to survive and mark the place that once was and now only lives on in our memories and reminds of the importance of the struggle.

Three days of action planning, workshops, networking and campaigning discussions will take place in KUZEB social center during the first weekend of February. A Hambcher Forest evening with films, presentation and Q&A will take place on Saturday. Accomodations and food will be organized for all participants.
Bremgarten, Ecke Zürcher-/Zugerstrasse
www.kuzeb.ch 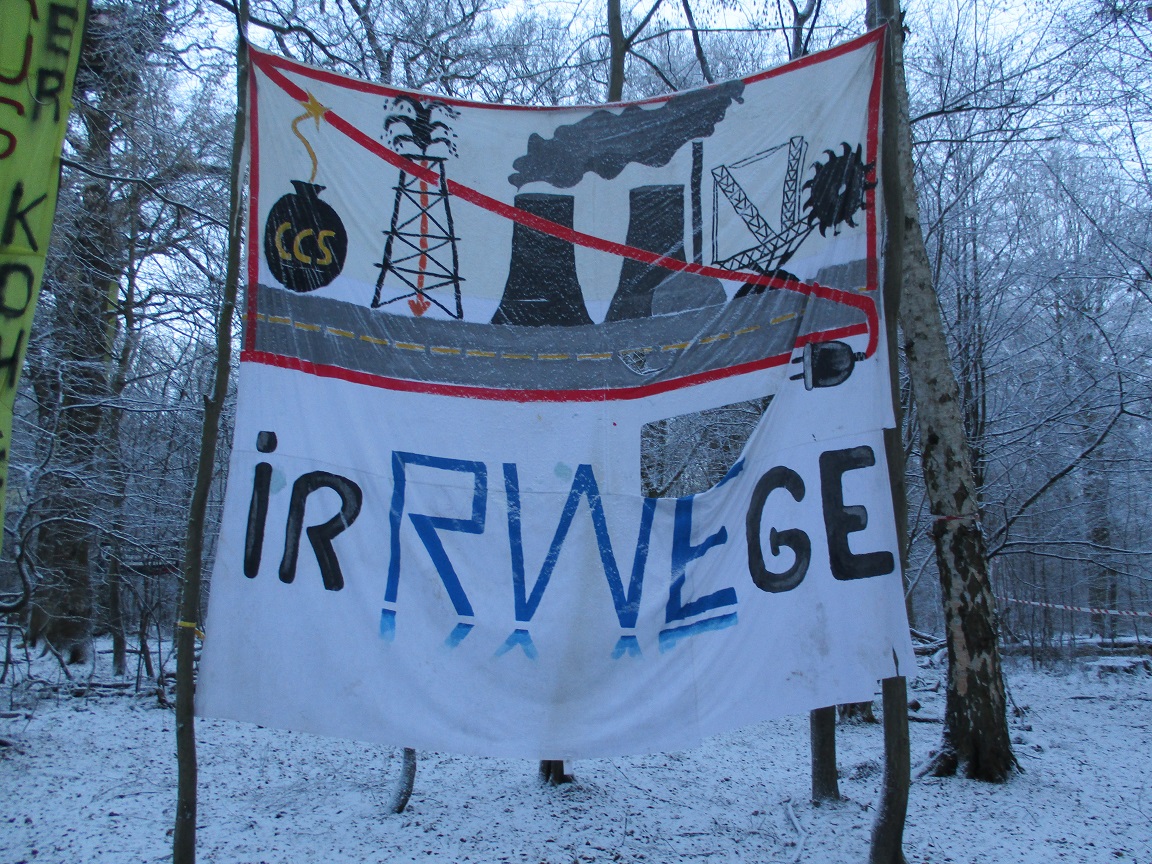 After several years of all time temperature record-breaking years it looks like this time the snow cover might stick around for more than 2-4 hours, helping all involved to stay out of the mud. “Thanks” to RWE and other fossil climate killers long gone however are minimum 2 weeks to a month of snow present every winter in the region in the 70s and 80s. A distant memory just like if it was up to the local law enforcement and court system the Meadow Camp and protest camps in general would become as well. 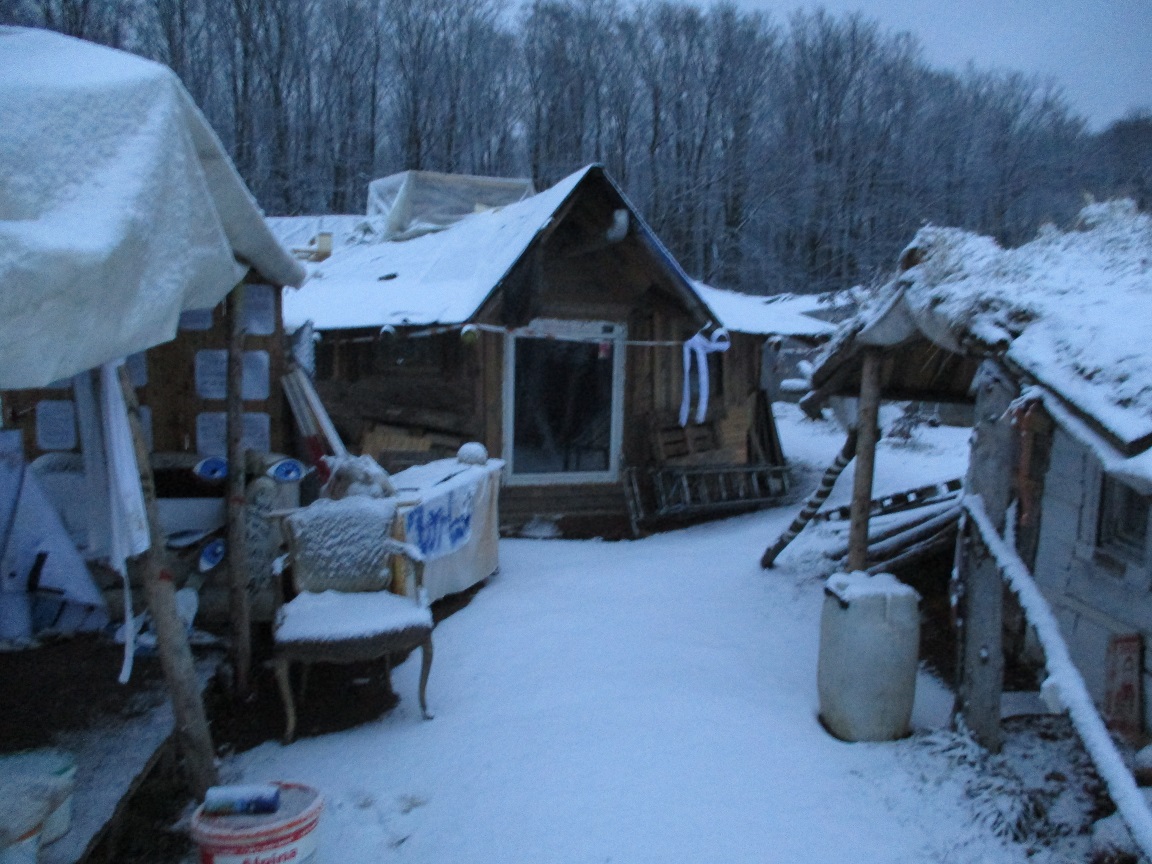 The efforts to justify the removal of the Meadow Camp’s status and its future eviction continue with the disinformation campaign from the court in Munster, to which this case has been appealed, releasing an official statement that “There is no anti-coal propaganda in the Meadow Camp”. Several hundred pieces of literature on environmental, climate and social impact of coal mining displayed in the infoshop and throughout the Meadow are based on scientific impact studies and personal accounts which do not fit the definition of propaganda which is traditionally what the governments engages in, using mass media, threat of repression and serious bending of reality. The Court in Munstert in doing precisely that by using such wording showing its close connection to the fossil industry and RWE. Proving its total disregard of countless studies showing their impact on the local communities and the planet at large and then insulting and denying their existence all together. When such bias and disregard is present activism and direct action becomes once again the only course thatcan be undertaken. 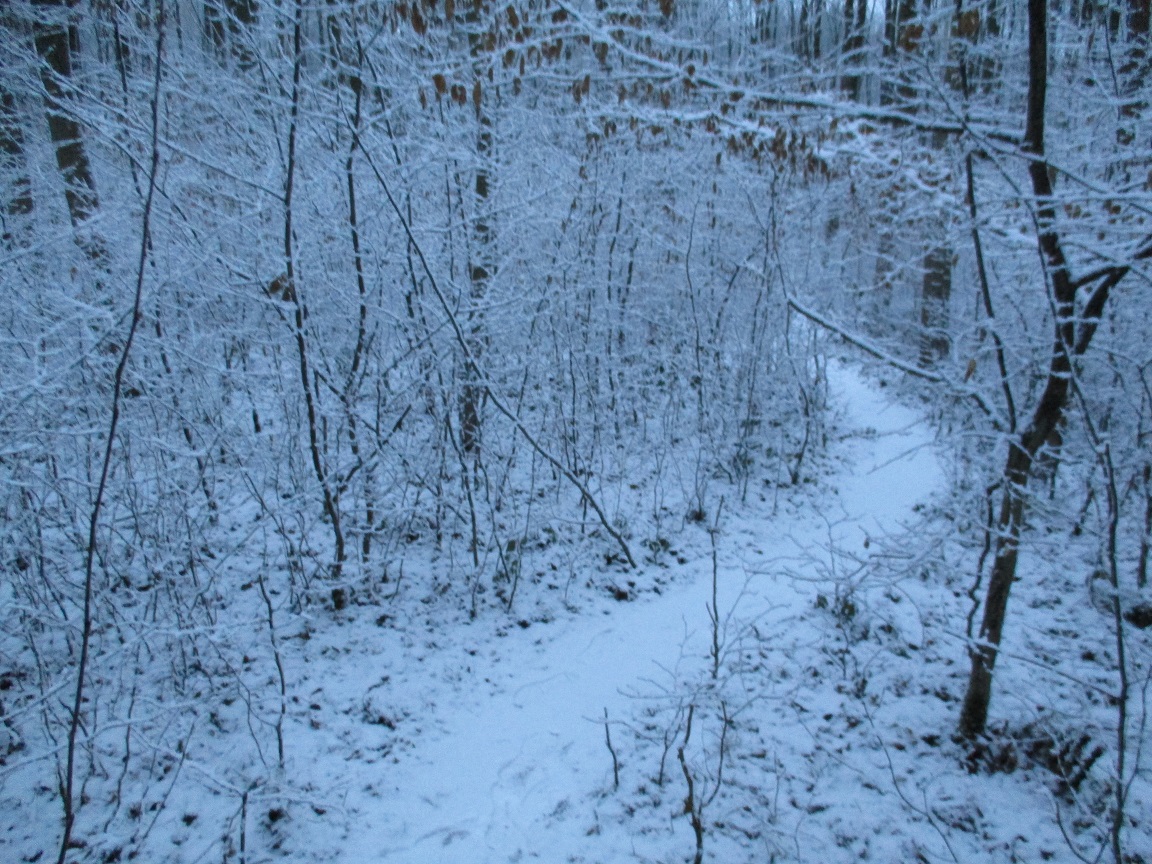 When images like this become part of a remote past as climate chaos rages world-wide the only way those in power who are responsible will continue this charade will be by distracting the populace with paranoia not just towards immigrants but also towards activists in general. For this reason many appeals have gone out and continue to do so to prepare for the coming Day X of planned eviction in the Meadow and/or in the Forest by offering solidarity actions and places to decompress for those involved. After all the proverbial Day X is not something that is awaited or that is coming in the future but something that is already happening world wide to countless species and humans affected by extractionism and extreme energy.

Continue Reading SNOWFALL IN THE FOREST