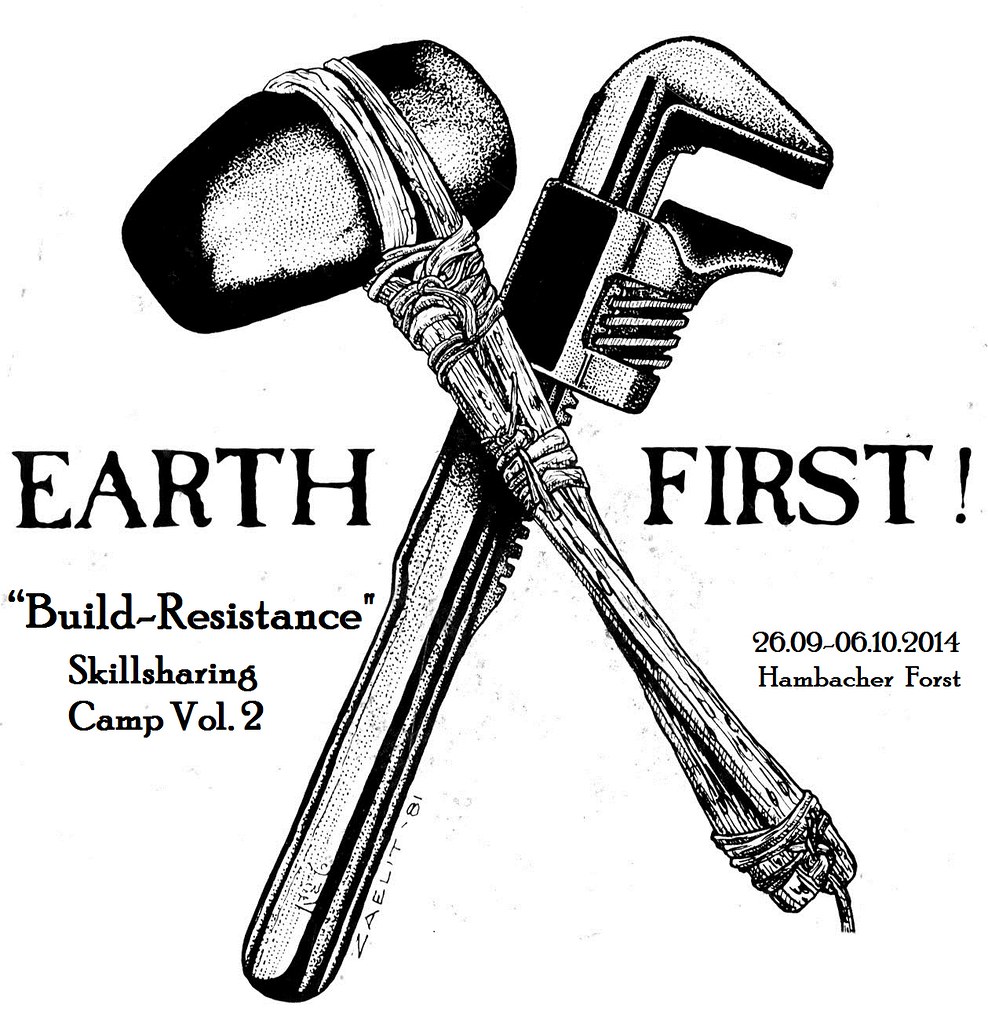 Time for Action!
–Cutting season starts in october! We won’t just stand and watch! —
Every autumn the forest prepares for the sleepy wintertime. The leaves fall off the trees, the squirrels hide the last nuts and the activists insolate their tree houses.
Every being is looking forward to a cold but quiet and peaceful time.
But with the beginning of october, the machines intrude the Hambach Forest again.
Humans and so-called “Harvester” (big machines for cutting trees) will not grant any rest to the forest and forward the cutting barrier for another 200m towards the camp, to kill more of the already wounded Hambach Forest.
But if they won’t let the forest sleep, we don’t want to rest either.

Continue Reading HANDS OFF THE TREES!

After a longer while of an instant shock, when checking the english blog of the hambach forest occupation, the password of the english page and people that would like to look after it found each other and now we can go on where not much happened during the last months.

Of course this doesn|t mean that the forest was quiet in the meantime.

Police was relativelz quiet the last months, we had some nice action days during clima camp, with the Hambachbahn being blocked on two places, and at the Tagebau Garzweiler people stormed the mine and blocked one of the big diggers 3 times in a row.

Now we|re preparing for the cutting season and for the still more or less expected eviction before it.

Continue Reading English blog is back!