Just a thanks to the places where we stopped on the small info tour in Holland in the beginning of september.
It’s been nice to meet so many people and to see other projects working to make the world more of the place we want to be living in!
If you want to know more about the forest, some people in these places can probably tell you 🙂 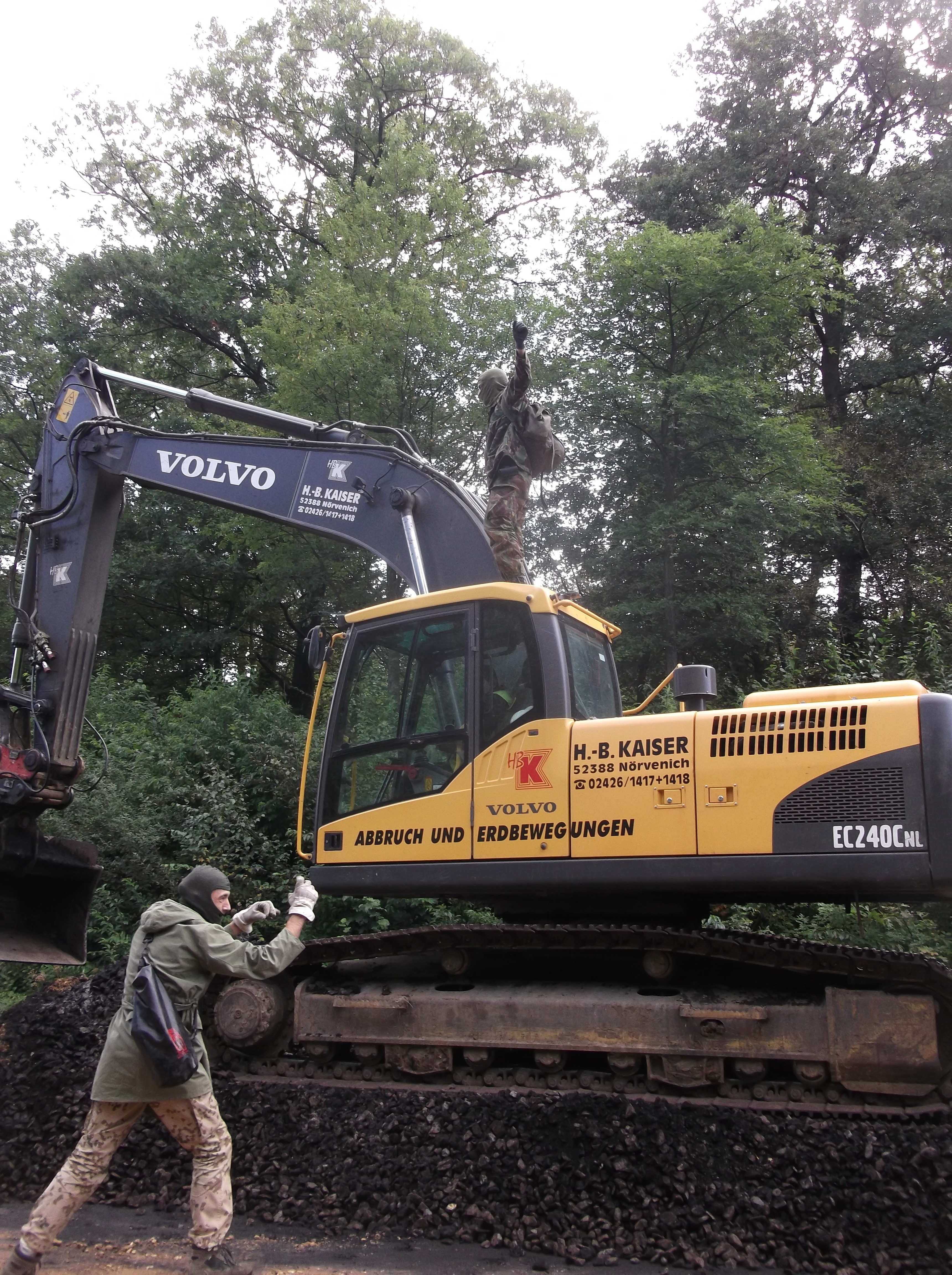 Last day (23.09.2014) around noon an excavator was stopped which was working at the old railway of the lignite industry close to Cologne, Germany. The railway as well as the open pits and the power plants belongs to the company RWE.

The railway was used for the transport of the lignite directy from the pits to the power plants. But now, parts of the railway and the highway A4 were build new some kilometers more south to make space for the growing mine.

The company „H.-B. Kaiser , Abbruch und Erdbewegungen, in 52388 Nörvenich“ is in charge of removing the old railway.

Furthermore, the security company „ KÖTTER Security“ and the foresting company „Krobbach“ from Melsbach are taking part in the destruction of the nature that RWE is commiting.

These companies are also to mark, to block and to sabotage!

Every day is an action day! – Earth First!

The Hambach Forest Occupation with its merry bunch of forest pirates invites you to the second Skillsharing Camp we’re hosting this year! We want to carry out a second act, a part two for the skillsharing event we held this spring, during which the Hambach forest was successfully resquatted.

Furthermore, this SkillsharingCamp will also be the start of the larger „Kein Baum fällt“ („No tree is falling“) campaign. This campaign is about motivating and supporting people during the whole season for – and of – actions. 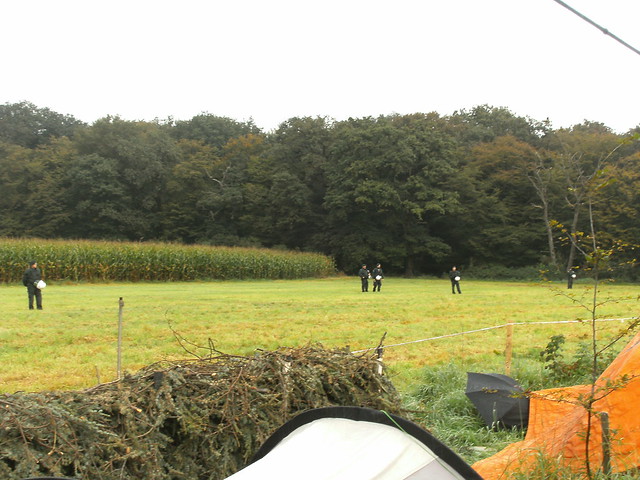 Today, the new part of the Autobahn, which they built to help further the expansion of the mine, will be opened with an official celebration. Apparently, the police chose the same day to disturb our resistance in the forest and on the meadow. They appeared as early as 8:00h this morning and are giving us trouble since then. Follow us here today, we will regularly publish new updates, ticker-style.

8:00 First appearance of cops in the forest and on the meadow, building up to around 100 cops at 8:30
8:20 Person attacked by police for now reason, except asking what they want
8:30 Removal of barricades on the forest paths, takes them about 2 hours
10:20 Police are trying to evict beech town (tree occupation) destroying everything on the ground – climbing units are present
10:30 Police are amassing at plane hangar close to meadow – we’re no longer reachable by car
11.20 Police van by the meadow occupation
11.40 Police and RWE on way to destroy kitchen near meadow
11.50 Food packs for the police (it locks that they want to work longer)
12.00 The opening of the highway A4 starts – 400 people on official opening (honored guests) The demonstration against it with 50 people works, but not directly by the opening party, 50 police are there – traffic minister talking shit
12.10 the barricades to düren are evicted and the police are blockading the way to beech town
12.28 the police start to come on the meadow occupation, hiding duty numbers. Policeblock from Aachen: (License Plate NRW-​4-​4623, picture of police standing on the meadow )
12.50 the official opening at the highway is over.
13.10 police “retreats” a bit, leaving oaktown, a treehouse occupation, for now.
13:20 Police no longer visible on the meadow
13:25 News from the forest – one harvester (machine for cutting trees) is damaged (fluids leaking out)
13:30 People are doing a sitting blockade in the Forest, on the way to beech town occupation
13:40 A small group of people got controlled by Police, one person arrested for lack of I.D.
13:40 Harvester is driveable again, but is leaving the Forest, protected by RWE and Police
15:00 No more police or other enemies in the Forest – one security car was passing through the removed barricades, but left again quite quickly. The ticker will go on break for now, if there’s any more action we’ll be updating again.