The e-mail below was sent to us:

I wrote down a bit to counter the confusion / uncertainties / rumors about the B.U.N.D. NRW lawsuits, the clear-cutting stop and the turn of the year. I hope this is helpful for you and will give you a better starting position to get active in preserving the forest! At the bottom you’ll find a newspaper article from today’s AN. 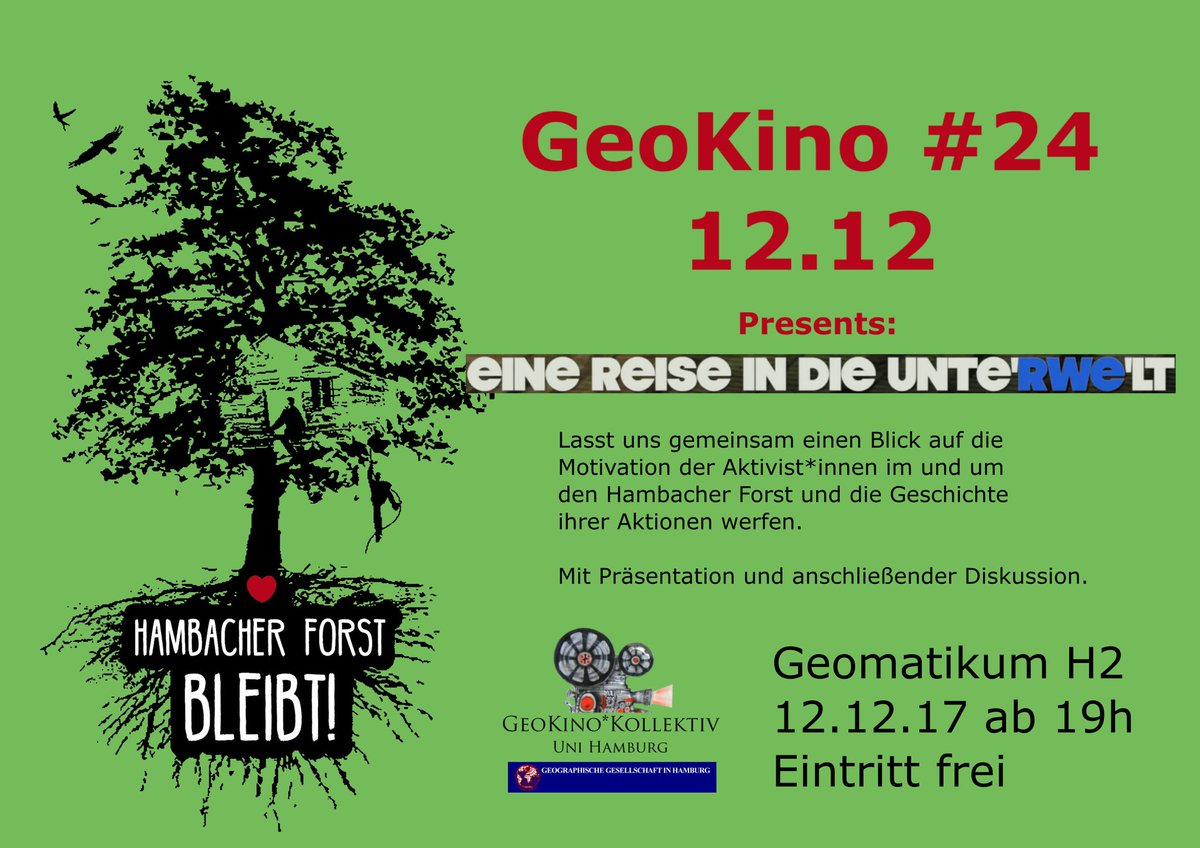 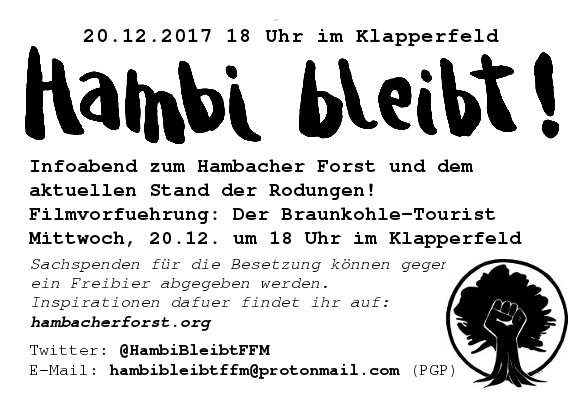 Join us for breakast at the frontline of defense of Hambacher Forest for barricade breakfast this Tuesday and Wendsday from 8 to 10.  This road has filled up with numerous barricades and melted and dug in asphalt ditches, tripods, the “Beach” and the Strand Bar after the celebration following the

hold of cutting 2 weeks ago.  Then it became a contested ground not just physically  but also physiologically with cops calling for taking down of the barricades in exchange for not coming into the forest, this distractionary and divisive tactic was not trusted in the forest.  Now we have been informed that if any rocks fly in the direction  of the cops they will destroy the whole forest by cutting numerous roads into this millenarian habitat.  This is quit a escalation as in exchange for a scratch on their helmets or shields they will destroy one of the last ancient forests in Europe. This narrative redirects attention from  ecological and climate violence perpetuated at the whole Earth, countless species and organism about to lose their habitat and their lives, millions around the world aready suffering the consequences of RWE redirecting the responsibility for its destruction at the people who have been defending it for last 5 years.

This disastrous future which is brought onto the whole Planet by actions of RWE and the NRW police forces assisting is only possible if criminalization and stigmatization of climate justice and direct action continues witout opposition.

Say no to this Bullshit either through Soli Actions or by joining us at the “Secu Road” on Tuesday and Wed. 8 to 10 to de-escalate and resist waves of repression with a one sided narrative of eco-defenders as violent criminals.  You will be able to do that by having coffee and tea with us discussing the issues at hand, climbing onto the tripods and documenting and photographig the disproportionate state repression aparatus that will most likely pop up its ugly head during that time.

See You on the Barricades