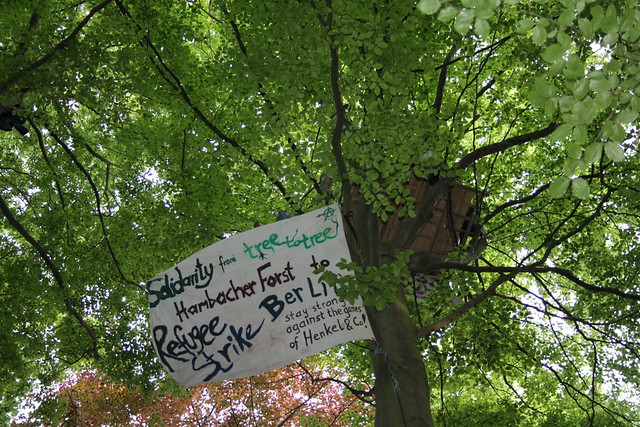 ..little late, but better than never:
This Soli Banner appeared around the April 14th on the Skill Sharing Camp on different places – till it found his way up to the newly squatted Trees.
Caused by the Eviction of the O Platz, because of which there wasnt the planned talk about the Refugee Strike Berlin.
The Banner refers to the attempt of Berlin Politics , to divide the struggle and to the spontaneous Tree squatting by Refugee activistas.

You have our solidarity independently from any Tree Actions! 🙂

Hopefull that a talk can be fetched up later!