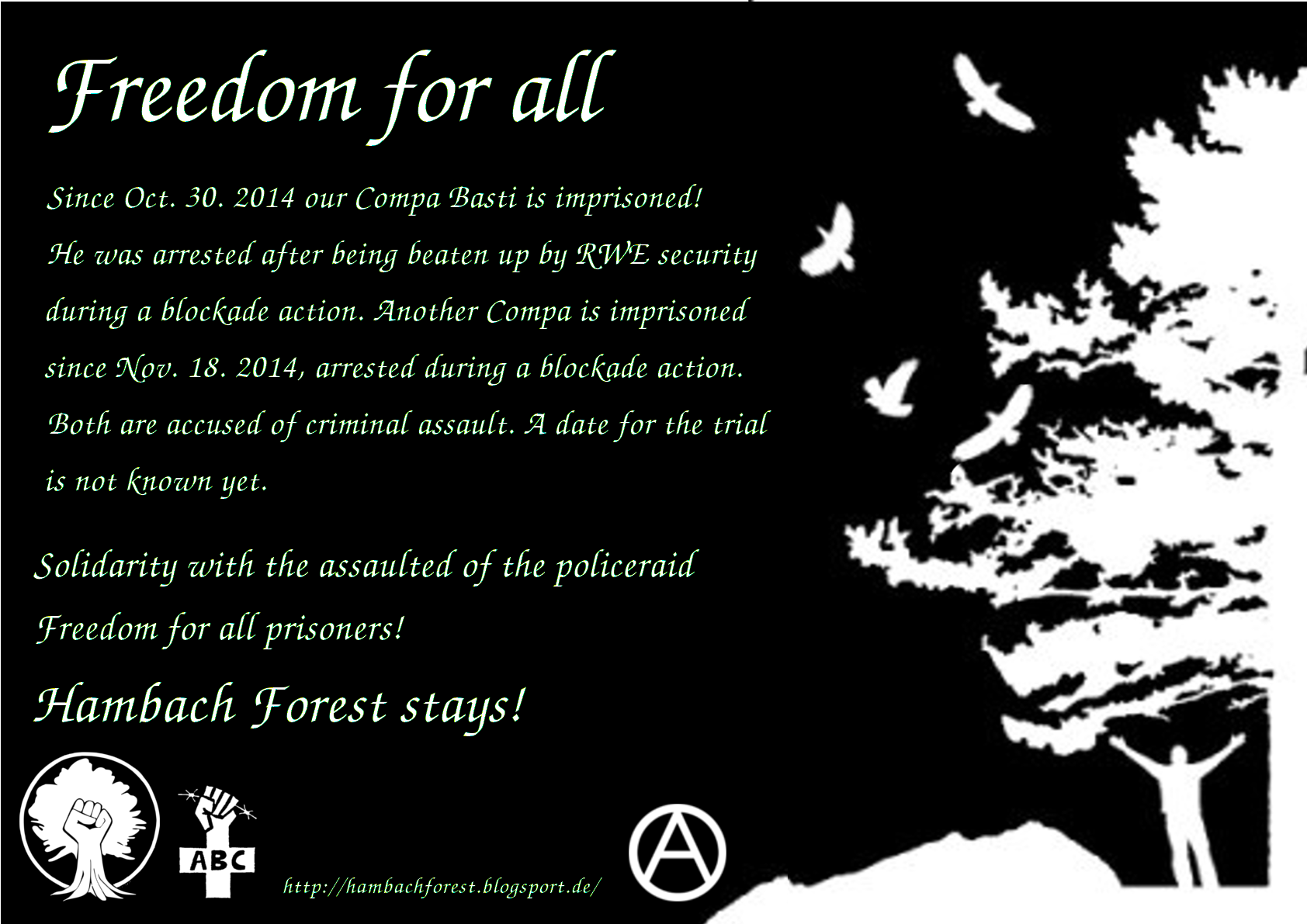 #Since Nov, 18, 2014 another compa is imprisoned!
He was arrested on 18th Nov during a blockade to block harvesting of the forest. He is now accused of criminal assault in the event of the 30th October, like Basti (See: Results from 30.11).
He was brought to a custodial judge on Nov, 19. According to the police in Düren he is now transferred to JVA Aachen (prison) and is on remand until he is brought to court.
If you want to support you are welcome to do everything you want. For now, if you want to send letters to the newly imprisoned person, send them to

and we will forward them.

#Our comrade Basti is detained since the 30th of October!
He got arrested during the eviction of a part of the ocupations in the Hambach forest in Germany after the RWE security beat him up. He is acused now of dangerous assault. There’s still no date for the trial.
The resistance in the forest Hambach is directed against the mining of lignite and against the destruction of the nature and climate in general as well as fighting the capitalist system and its logic as a whole.
You find more information on: Results from 30.11

You can write Basti. The direction is:
Sebastian Pietruschka
Krefelder Straße 251
52070 Aachen
Germany

Support the internatinal actionday on 22.11.2014 against repression. It is a call from a ZAD in french about the kill of Rémi in october by a grenade of the police.

Our solidarity against their repression!
R.I.P. Rémi! Freedom for Basti and all other prisoners!

What to do on Day X? Or how we prevent eviction and deforesting together