First published on the German Blog on 27th of May.

This morning more than 100 Cops entered the forest (with technical- and climbing unit). At about 9:40 am they arrived at the pirate ship, which is a quite new living barricade at the entrance of the forest at the old motorway exit.
The cops came with diggers, wheel loaders and lifting ramps. The pirate ship was evicted and by now four persons are arrested. Afterwards they evicted another few barricades on the way to Oaktown (which is one of the treehouse-occupations). By now it looks like the police is retreating – but we cannot be certain at the moment – this is not an „all-clear“! More updates will follow.

Update: The technical units have retreated from the forest – but there still seem to be up to 7 police vans parked at the edge of the forest.

Due to information from the police Kerpen the four captives are now being brought to the main police station in Cologne (Kalk).

Update: 3:50 pm – We just got the information that the first person is free! Strengh to the persons who are still imprisoned and to the supporters on-site.

Update: The 7 police cars rode off at about 2 pm.

These are some photos of the police action: 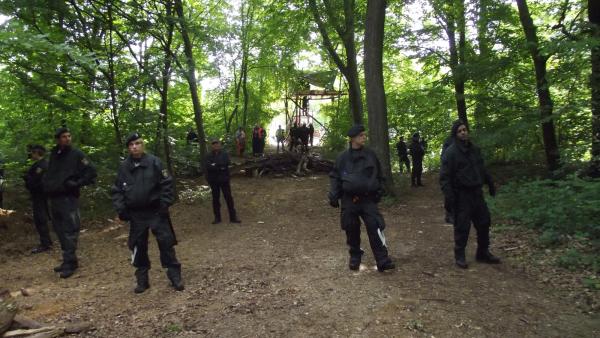 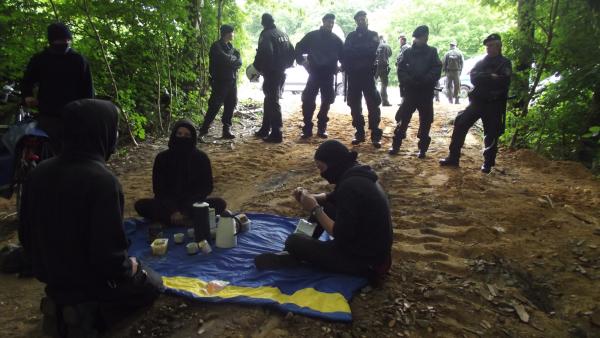 About Coal Opencast Mining in UK