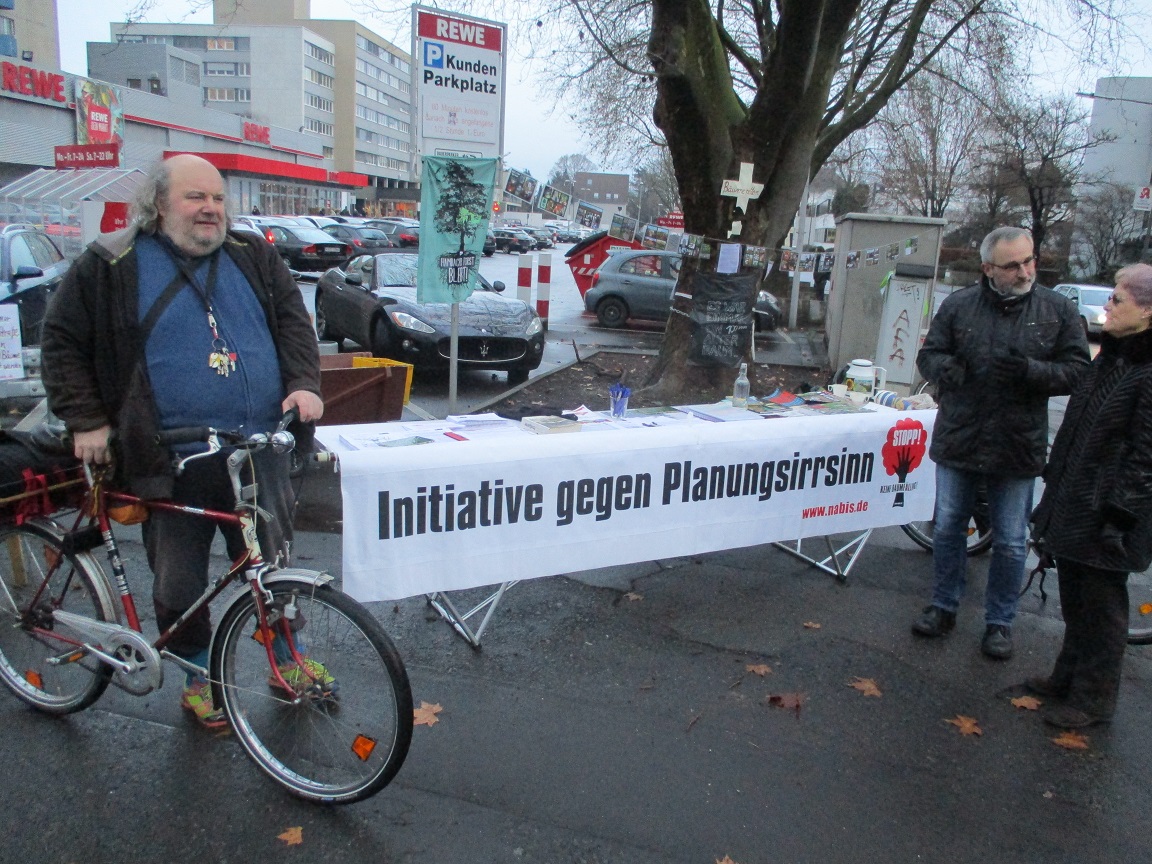 Koelner Verkehrs-Betriebe, Cologne’s Municipal Transportation Authority, intends to cut down trees in 2 neighbourhood parks and among the Bonner Strasse to make way for a light rail project. Light rail unlike trams can not stop on a street but calls for elevated platforms and does not use existing road surface. Instead it causes massive neighbourhood destruction by the need to construct dedicated rail tracks, demolishing the already existing roads, tree-lines, side walks and historical buildings. It is an example of green-washed unsustainable mega projects. Initial estimate of construction was put at 500 million however over the first 2 years of its construction the cost have ballooned to over 3 billion while still not being in service.
This profit driven project focuses also on car traffic expansion and will result in a further pollution, CO₂ emissions and gentrification in this now largely working class neighbourhood.

A call goes out to all in the Cologne urban area and beyond to fight this concrete and asphalt based attack on the remaining urban green areas.
Stop by and support every Tuesday between 15:00 and 17:00 at the Vigil (Mahnwache) and info stand at Schönhauser Str. and Bonner Str. and on Thursday at 19:00 for a planning meeting at Restaurant Oratio on the corner of Mannsfelder Str. and Brühler Str.
4 day warning has to be given before these trees will be felled.