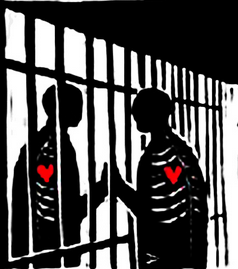 The 4 different security firms working for RWE around the mine have been attempting to keep people from looking into the mine and from taking photographs. In case of the media this constitutes a polite caution to return to the edge of the forest and not enter the deforested area or attempt to take photos of the mine. In case of the Hambacher Forest Activists entering the same area results in a mad chase with securities attemping to “bag” an activist. Cars and trucks are used to try to chase people down and pin in them in just like in the case of a forest defender getting hit by the suckurity vehicle, being injured and then arrested for assault during the previous cutting season.

This Sunday in the early afternoon several activists ventured to the vicinity of the mine. They were at approached at first by two secu trucks which were then joined by two more. As if this was an open season on environmental activists: the vehicles begun to rev up their engines loudly, drive madly around the activists and attempt to box them in with their 2-3 tons of steel. When this did not work, some of the secus got out of the trucks and begun to chase the activists on foot through the ankle deep mud, with both sides slipping, sliding, getting stuck and falling as the 4 trucks continued to drive at the activist and attempt to cut them off. During this madness two activists were maced and captured and are being detained, either for trespassing or for any additional stuff that the pigs decide to add on to keep them longer. One of the activists earlier in this cutting season was woken while sleeping in the forest by the RWE’s publicly funded, storm troopers by being beaten and kicked and then was arrested. We can only imagine that experiencing this continual level of physical state instigated violence must make this already shitty experience even more so. Our Solidarity and Support Go Out To Them!!!

You are not alone! We are with You!! FUCK RWE!!

The Droning in the Forest

Good night from the Hambach Forest!