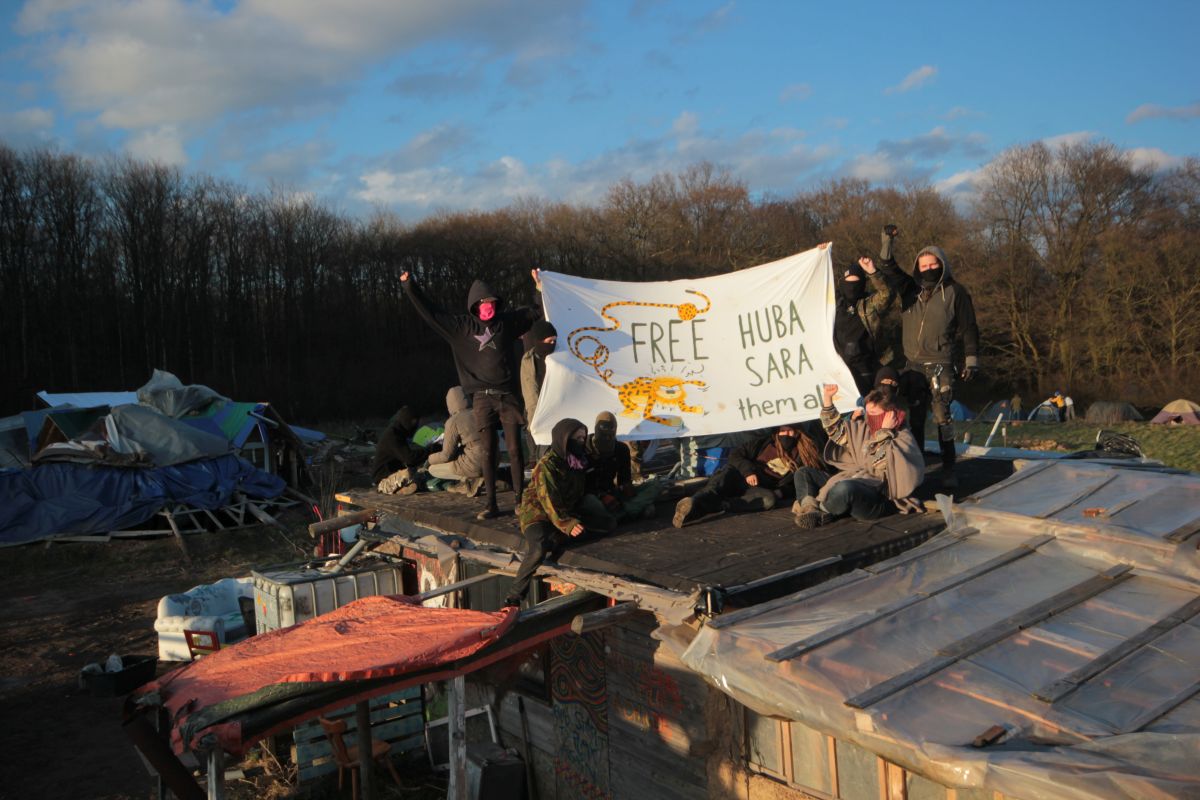 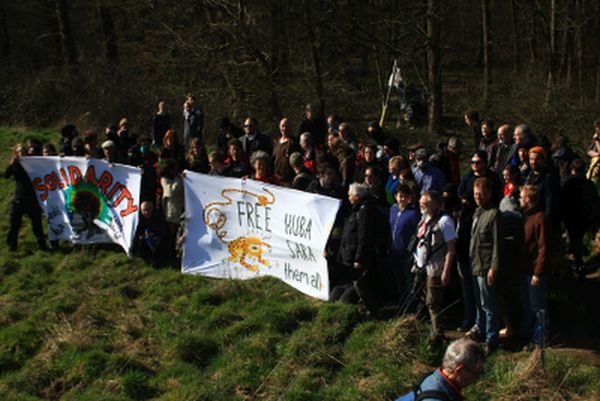 Update March 26th: New info on Huba at the ⒶBC! With an actual address for letters. Write as much and as soon you can!

After was negotiated on 22 March the appeal case of LAUtonomia activist Sara before the District Court in Cottbus, our Compa Huba was arrested shortly after the end of the hearing.

When Huba, who was until then a spectator at Sara’s trial, wanted to leave the courtroom, police in plain clothes and judicial officers blocked his way out. They confronted him with an investigation warrant, which was justified by an alleged risk of absconding. Then they led him away in handcuffs.

On the same day he was brought before a magistrate in Cottbus. Now he sits in the prison in Wriezen and will be postponed to Aachen from next Tuesday. He is accused of having committed aggravated assault in the district of Düren on 11 November 2016, in the context of the deforesting season in the Hambach Forest.

We do not know how long it will take until Huba arrives in the prison of Aachen. Prisoner transfers generally take quite a long time, since the detainees have to wait until a transport from the prison in which they are in, moves to another one, which is located on the way to the prison in which they will have to serve their sentence. Thus, the detainees spend several days in the so-called intake cells of several prisons. There, the conditions are still sharpened ever compared to regular detention, since the prisoners, while they are in the intake cells, get no access to books, sports and other leisure facilities of the respective prisons.

Later, in Aachen or Düren, Huba will be brought before a magistrate again.

Of course you already can send letters to the postal address of the ABC. We will forward that letters from there to Huba, as soon as circumstances will allow it.

We do not know how this is going to develop, what we do know is that this tactic of accusing activists of violent assault is very common in the rhineland region (hambach forest). These confrontations with security and police are not filmed and the activists get accused of all sorts of stuff and then need to prove their innocence and stay in jail until the court case which can take months. This shit is getting fucking old and also annoying. Our comrades get run over by jeeps, get their noses broken, get beat up in the copshop, do not get to see doctors, all of this from the side of freaking RWE, and their fucking rented army of dumb security douche-bags, backed up by the cops. These evil companies and people are protecting one of europe biggest emitters of CO2 (RWfuckingE) that are killing the freakin planet. And now they started to call us terrorists.