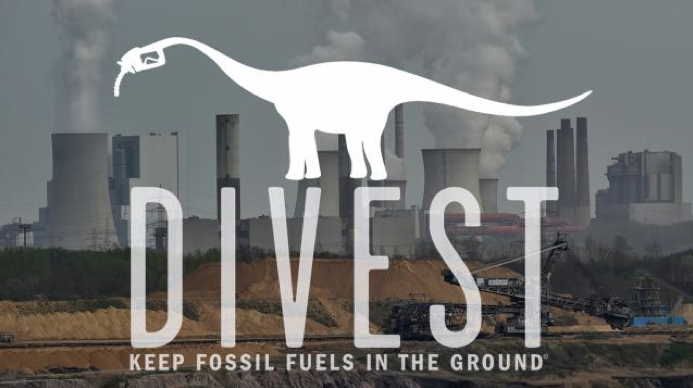 On Wednesday, February 22, 2017, it was announced that this will be the second year in a row when RWE, the nuclear and coal-mining group, will not be distributing dividends to its shareholders.

The City of Aachen holds a good 550,000 RWE shares. These “investments” are part of budgets and portfolios of many municipalities in the area who have all been adversely affected by RWE’s continuously falling stock prices and no dividend pay outs since 2016.
RWE operates all opencast mines and most coal-fired power stations in the Rhineland. The company has therefore been responsible for for #1 net CO2 emissions in Europe, deforestation of unique forests and the destruction of numerous towns and villages for decades. “If anyone is destroying the Rhineland and the world climate, then it is RWE,” commented Lea Heuser, spokeswoman for the Divest Aachen initiative. “This is by no means just an economic issue, but above all one of environmental policymaking and of global climate protection.”

Divest Aachen has been calling on the urban community for over a year to decide ethical-ecological investment criteria and to immediately dispose of all existing investments in fossil fuels. “We have to prevent RWE from continuing to burn enormous amounts of coal to prevent global warming above 1.5 ° C,” explains Heuser. “This can be done by financial pressure, that is, by pressure from shareholders”. By not divesting the city councils involved are torpedoing the Paris Climate Agreement by holding on to RWE stocks. In order to meet the 1.5 ° C limit, according to current studies the combustion of coal, oil and gas would have to be stopped immediately, and well over 80% of the resources would have to remain in the ground. Even an official study by the Enviromental Ministry strongly recommends that carbon dioxide emissions be reduced by at least 50% by 2030.

In the energy sector, there are numerous local and decentralized development potentials and investment opportunities in renewable energies. “The city community, like a whole series of municipalities, had long had the chance to get rid of this economic wooden leg and at the same time to do something for our already much-imperilled climate. Instead loyalty to a destructive and unprofitable industry is being maintained. Their spokespersons have maintained that the municipalities in the region try to use their status as a shareholder to have an influence on RWE. The Divest Initiative wonders what this influence should be and why nothing seems to be happening.

In the last few months, climate protection activists have achieved success in influencing not just Münster, Berlin and Stuttgart to withdrawing their capital from the fossil sector but also Bochum, Siegen and the district of Osnabrück have decided to sell their RWE shares. In some other municipalities a divestment of fossil energies is being discussed. According to a research by Greenpeace, there are more than 20 municipalities holding more than one million RWE shares. The current total of approximately 1.6 billion euros of public funds which are currently in RWE shares, would in the opinion of the climate activists be much better spent in the local renewable energy sector that generates on average 5 times more jobs than the fossil fuel industry without having its catastrophic ecological impact.

Translated with small changes from the Press release of the Divest Aachen initiative.