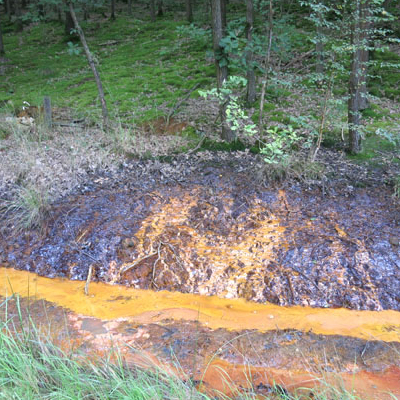 In the latest round of decision-making a proposal was put forth by the Pirate Party for an independent assessment on the costs of the brown coal exploitation and associated clean up costs. The application was commissioned by BUND(German Friends of the Earth) and environmental experts who criticized the lack of transparency in coping with the long-term damage caused by brown coal and the lack of financial funds for clean up operations. This was in turn rejected by the majority of FDP, CDU, SPD backed by their Green allies.

This proposal to take a deeper look at the impact of coal on the local ecosystem and economy was turned down due to “Green” Party’s compliance with the coal industry. Initially the Greens supported the proposal only to vote against it in the end as SPD and the Greens in NRW had agreed by forming a coalition agreement that stipulates that they will only be voting in unison. Why such an environment oriented proposal has the potential to split the coalition says quite a bit about the state of “red-green” power-sharing alliance.

In the course of the roll-call vote, the members of the Pirate Party were filming the Green MPs as they cast their votes. Voting was then interrupted and the filming and photography was expressly forbidden.
(more…)

This decision, or rather lack of any decision and action reflects the bleak reality of the so called Resource Course. Turning through the capitalist dynamic of exploitation and corruption the richest in natural resources regions such as Apalachia, Niger and Anthabasca River Deltas, Northern-South America and Western Papua New Guinea and many, many others including NRW into the most ecologically, socially and economically decimated regions on the planet where the the local population is left not just with a toxic legacy but also with increased aftermath of repression and human rights violations and disintegration of any illusions of governmental transparency. Only in such a context is it possible to ignore the global impact of Fossil Fools and Extreme Energy, as the ruling politicians who are also openly employed by RWE call out louder and louder for eviction, repression and silencing of all who raise the voice of alarm and refuse to remain passive.

Of course this lack of social responsibility and the resulting ecological and climate break-down is also a “great opportunity” to all who, like RWE, have close connection to military industrial complex and benefit from use, expansion and also militarization of law-enforcement and who already take advantage of political and ecological disintegration by housing refugees in their ghost-towns. For them peak-everything reality of enforced scarcity, climate chaos and the state of permanent emergency represent unprecedented profiteering and power-grab opportunities. However the total disregard, arrogance and ignorance of principles of ecology, climate science and social justice by all of those who spin these visions of enriching themselves with no bounds and of returning to the past glories makes it too easy for them to ignore that the disaster that is put in place here will be and already is so global and complete in scope that this time there will be no economic miracle to bring us out of the ruins of hunger, collapse and decimation. Faced with this reality many movements and struggles around the world including the Hambacher Forest Occupation refused and continue to refuse to remain passive.

For more on this political passivity, co-option and corruption that can and does function as a good argument for radicalization check out the links at the end of German Blog version of this article.

8 Meter Ocean Rise the New Norm over the next century