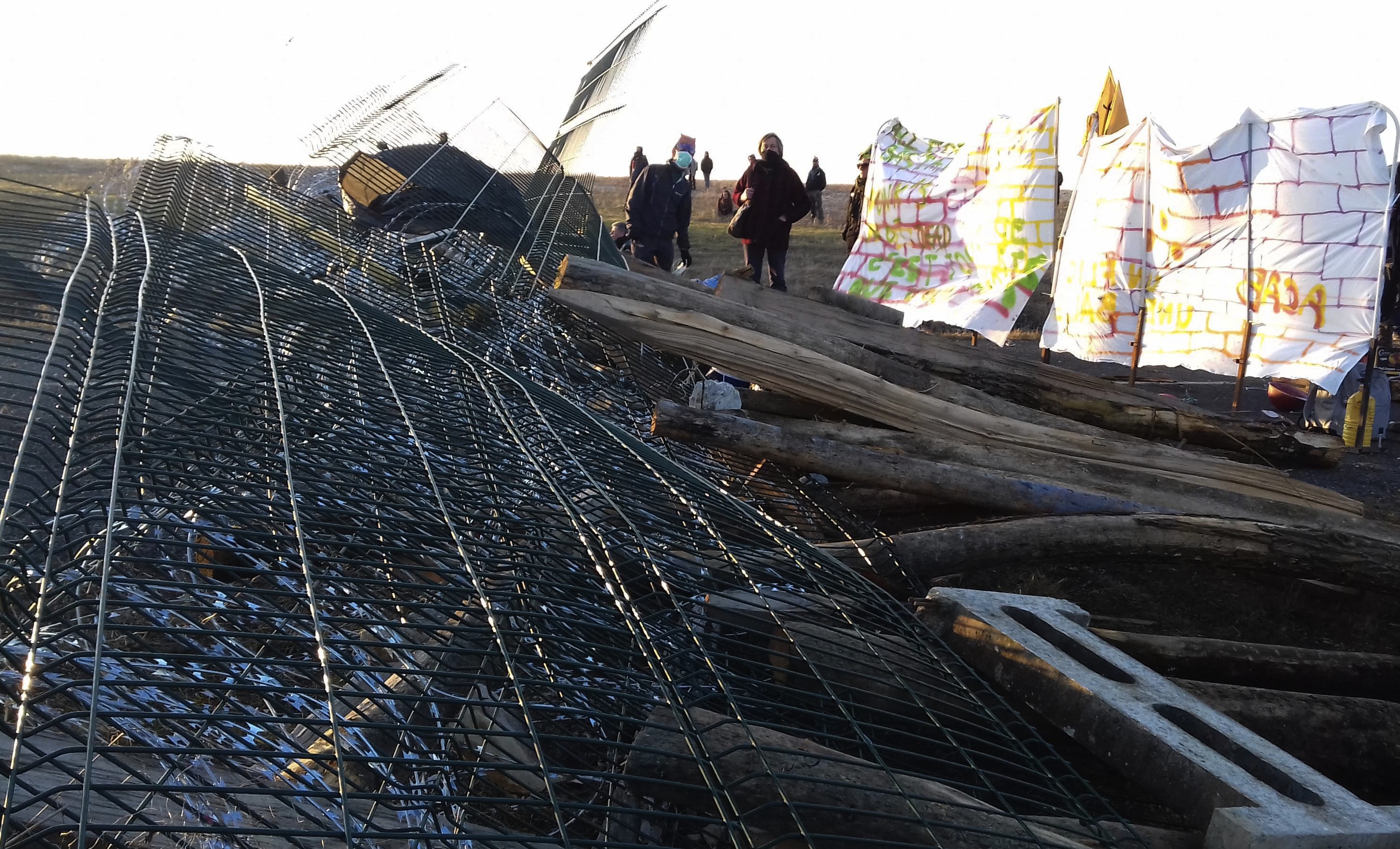 From February 14 to 18, a large anti-nuclear mobilization took place in Bure (France) resisting the French State Company Andra’s plans to build an underground nuclear storage site in the occupied Lujec Forest. Over couple of days several night marches took place from the “Maison de Résistance” (House of Resistance) to the temporary nuclear storage site and progressively fences surrounding the storage site were brought down.

On Feb. 8th, the mobilization culminated with over 1000 supporters taking part in the march to the occupied forest with its many barricades/guard-houses, living structures through-out the forest and a growing number of tree-houses. The visitors shared a collective dinner with the occupiers and then marched to the Andra’s storage site where they had to cope with riot police shooting tear gas projectiles, concussion grenades and blocking the road with a mobile tank with attached fence-barricade that was bolted to the road as the crowd approached. The protesters responded by setting up their own barricades and lighting their creative floats on shopping cards, with one appropriately named Fénix, on fire and engaging the police in a four hour battle. During that time the remaining fences were taken down, used as additional barricades and as shields from the police projectiles. Only two people were arrested and later released and several sustained injuries from the “FlashBang”concussion grenades. Regardless of the repression and the state imposed violence the atmosphere remained festive and full of solidarity.

An ongoing call has been issued out for support of the forest occupation due to the ongoing risk of police actions to dislodge the forest defenders. This anti-nuclear struggle is located in Bure, department of Lorraine, approx. 3 hour drive south from the borders with Belgium and Germany.

Video from February 18th – Mobilization and Action: <a : https://www.youtube.com/watch?v=u23hqajNbBo
Video of Previous Fire-lit march to the waste-site: https://vimeo.com/204436168