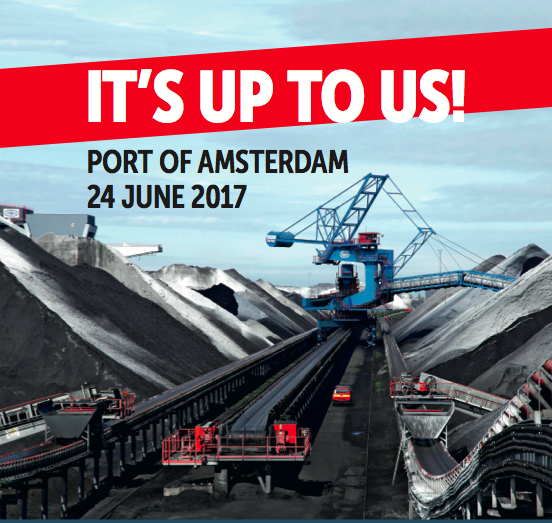 Code Rood (Code Red), a disobedient action coalition against the fossil fuel industry, will block the Harbor of Amsterdam, the world’s largest gasoline port and second largest coal harbour. The Port imports and stockpiles coal from Columbia, Russia and South Africa, to be burned to power the European electrical grid.

A camp with its infrastructure of legal support, media, food and wellness (dealing with repression) will be set up in the vicinity of the port at a later to be announced location. Focus is being put on digital security with privacy pre-action workshops organized for climate activists which stress the importance of using Linux, preferably Tails and encryption (GPG) and utilizing e-mail accounts only to be used for the action itself.

It’s CODE RED for the Climate and the Planet!
See You in the Port of Amsterdam on June 24th.!

(http://klimaatactie.nl/ registration form for the preparing conference in Amsterdam – March 4 2017)