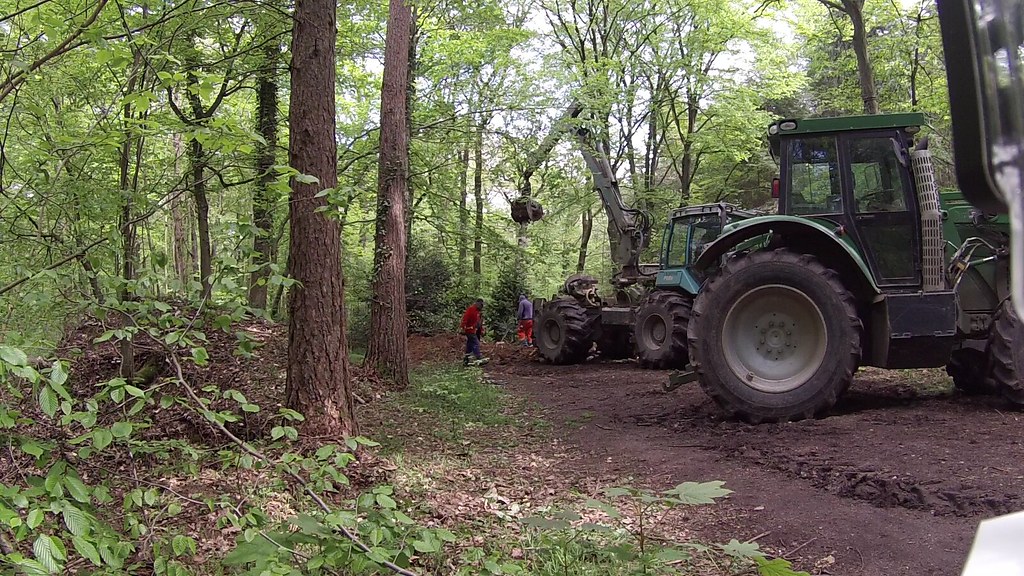 At around 11 o’clock, police, RWE and securities appeared at the occupations in the Hambach Forest. They cut several climbing ropes, imposed dismissals and surrounded the living barricade.
This is not the first time climbing ropes where cut as a sabotage. This is a life threatening and useless action on behalf of the police and RWE.
This happens after the ‚dialog‘ in the state parlament in Düsseldorf with the police, the ministry of internal affairs, the parties, RWE and the regional initiative on the 20th of april this year. After the annual general assembly of RWE last week and the human chain in Garzweiler last weekend.
This is supposed to be the energy transition and the dialog that is held. The interest of economy and those who are payed by them are in the foreground. On the 21th of may, the administrative court in Aachen will decide if the meadow occupation could be immediately evicted. This is a callout to all people who want to resist against the destruction of landscape.
Pics of the action [here]
Info/ press und legal team : 015753511306

06:28 am
Night is passing and a new day is rising… at the moment one person is in front of the police station, with banners and information. The police told to register a picket(?). If not the banners should be removed. the outcome remains open…

05:50 am
During the night, the persons in front of the police station was switched. It remains calm with no rain. Come around and bring breakfast. Hof coffee and tee are welcome.

01:28 am
Blankets, Matrasses and rice to eat have been brought. Here you can find a film documenting the assaults of the RWE security against activists. They are apparently talking about the supposed digger occupation of 06.04.2015.

01:20 am
Greetings from the police station in Kalk, we are preparing for a long night.

00:05 am
Several people are at the police station in Cologne/Kalk, to show solidarity with our arrested friend. She is happy about support, as well as blankets, hot tee and cups. The hot chocolate is almost gone! Come around! Adress: Cologne Kalk Walter-Pauli-Ring 2-6 51103 Cologne 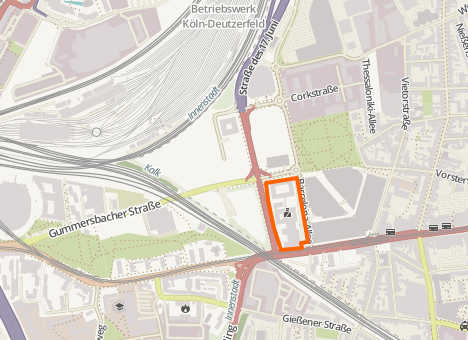 23:30 pm
We are online again and have installed a press location and an EA in Cologne. If you want to know more about the course of events around our arrested frend. This number is reachable around the clock: 0049 15753511306

18:oo pm
We just received the sad message that a friend of ours, who has previously been held captured in Hürth, has now been transfered to the prison n Cologne/Kalk. A release is not in sight. As she has been locked on, they charge her pf ‘resistance against executory officers’We send you power and strenght… . The police operation was commissioned by the regional forest department Rhein Erft. One of the many institutions which are closely related to RWE and who support the depletion of the Hambach Forest, as has been shown in the last years during similar operations.

16:31 pm
The police retreated from the forest. Apparently the opperation was enforced by the forest department of NRW.

15:30 pm
Heavy machinery of RWE is still on it’s way through the forest and on the former highway A4, clearing the barricades. The first supporters are arriving in front of the police station in Hürth.

13:50 pm
RWE evicted the Hedgehog with the help of police, now they cut a swath of destruction through the forest.

13:30 pm
The police just announced that the person locked in the Hedgehog has been brought tot he police station in Bergheim, accompanied by a medic.

12:50 pm
The person in the Hedgehog is evicted. They will start with the destruction of the habitat.

12:30 pm
The situation around the Hedgehog is tense. There, RWE security and diverse police departments have surrounded the place and plan to destroy the barricades in the forest and evict and destroy the Hedgehog (a big, living barricade). On person locked themself in the Hedgehog to stop further useless destruction of nature with their own body.
The Hedgehog is located at the former meeting point in the forest, where some RWE securities stole a statue of Christ a few months ago.
Apart from this, the helpers of nature destruction have left the meadow, Oaktown and Beechtown for now. Arrested peope are set free, nothing else is known sofar.

12 pm
People are arrested in the Hambach Forest

11:40 am
Activists are surrounded and dismissals are imposed

Coal mine blockade in scotland

News from the forest